Join BD Wong & more Broadway stars for an evening of songs from The Sixties.
Back to Calendar
Add to Calendar

They say we get by with a little help from our friends.

Join BD Wong and more Broadway stars for an evening of songs from The Sixties. This virtual concert and unique shared experience takes place two nights prior to the close of the Silent Online Auction.

Although the Pavilion Stage was lonely and dark this summer, Bethel Woods is committed now more than ever to Share The Music, Again! In recent years, we gathered for the annual Wine Pairing Dinner and Auction in the Event Gallery to support our mission, legacy and continued growth. The funds raised from this beloved event, our most important fundraiser of the year, sustain our programming.

For a suggested donation of $10 (which you can make below), enjoy an evening of songs from The Sixties.  As a special thank you, one lucky donor will receive a one-of-a-kind experience camping on the historic grounds. 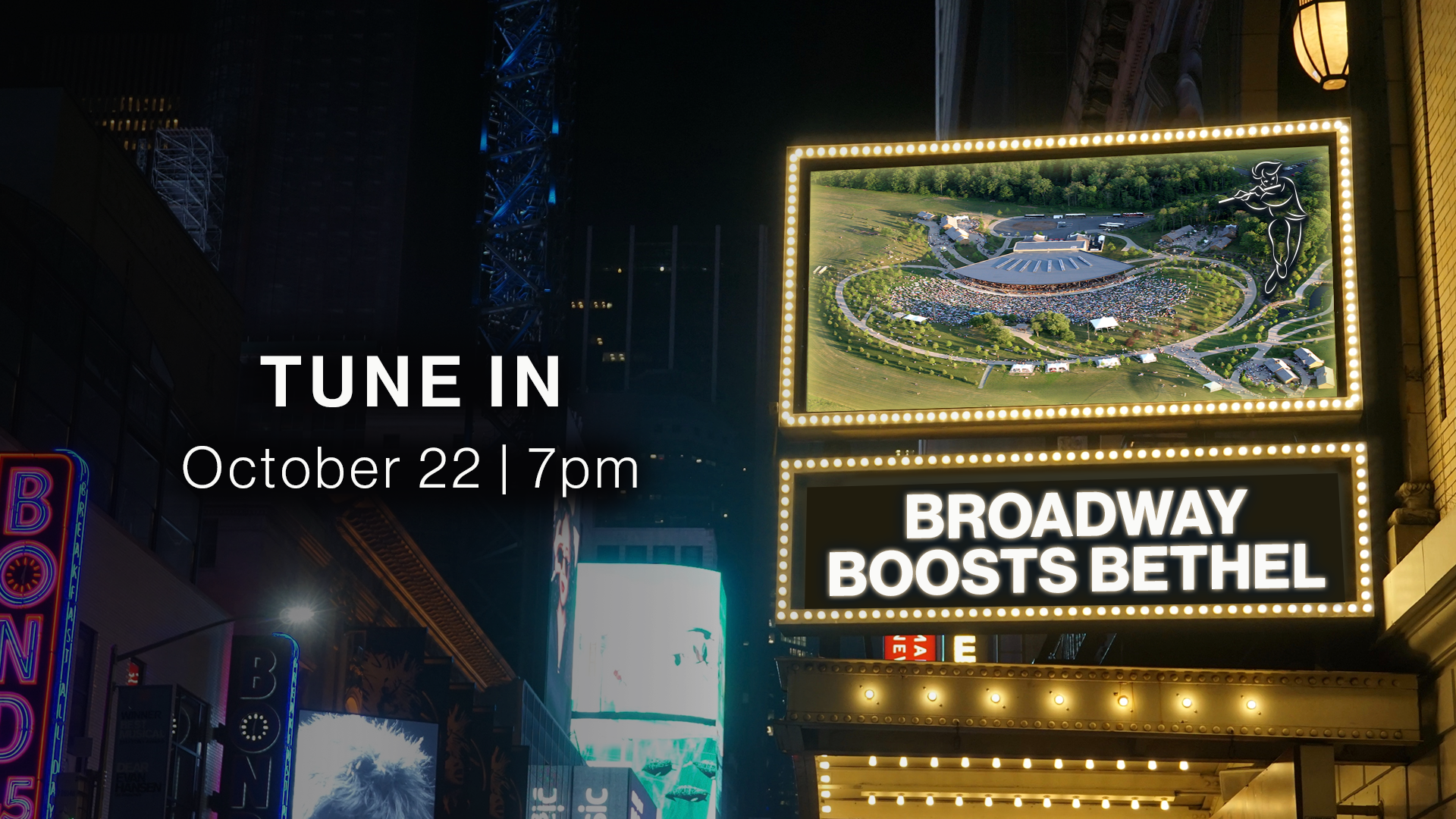 He has been honored by the Asian American Legal Defense and Education Fund, Asian AIDS Project, GLAAD, National Gay and Lesbian Task Force, The Anti-Violence Project, Lambda Legal, Museum of Chinese in America, and Marriage Equality New York. He is a board member of The Actors’ Fund, and Rosie’s Theater Kids. BD Wong is a proud San Francisco native, a graduate of Lincoln High School, and holds an honorary M.F.A. from American Conservatory Theatre.

Mauricio Martinez is a Mexican Emmy Winning actor and recording artist who made his Broadway debut as Emilio Estefan in On Your Feet! The Story Of Emilio & Gloria Estefan. Regional: Evita (KC Rep Theatre) as Che. TV: El Vato & El Vato 2 for Netflix, Señora Acero 2 for Telemundo and numerous telenovelas for Univision. In the Mexico City stage, he starred in Disney’s Beauty and the Beast, Saturday Night Fever, The Drowsy Chaperone, Sweet Charity, Songs From An Unmade Bed and A View From the Bridge, among others. Mauricio has released two Latin pop albums available on iTunes, is currently working on his first English album with Broadway Records and recently starred in the world premiere of Andrew Lloyd Webber’s Unmasked at PaperMill Playhouse.

Carrie Manolakos is a Broadway star, actress, songwriter and recording artists best known for her roles on stage, including Sophie Sheridan in Broadway's Mamma Mia! And Elphaba in the National Tour of Wicked. Carrie can also be heard as a voice on The Greatest Showman and the Incredibles 2 and her live interpretation of Radiohead’s "Creep" because an international phenomenon at over 4 million views and counting. In 2019, Carrie released a full-length studio record, which was featured on Z100 with Celine Dion, Madonna, Katy Perry and Ariana Grande.

She released her debut solo record, Echo in 2012 which reached #44 on the iTunes Pops Charts. Carrie Most recently performed Carnegie Hall in February of 2020 to a sold-out crowd. She sang the songs of her heroes and her own original material receiving a standing ovation for her performance. Other special guest performances include Madison Square Garden with Phish for their highly-anticipated New Years Eve Extravaganza and the Metropolitan Opera with Hugh Jackman.

Anthony CeFala has been lucky enough to be a part of the Broadway community for the past 20 years. Some of his favorite shows he’s worked on include Mamma Mia, On Your Feet!, Tina: The Tina Turner Musical, Pretty Woman, The Curious Incident of the Dog in the Night-Time, and Anastasia.

A New Jersey native currently starring as Eddie Kendrick’s in AIN'T TOO PROUD, past shows include: Disney’s The Lion King (Simba), Disney’s High School Musical 1 and 2 (Chad), The Apple Boys (Jack), and was nominated for a Chita Rivera award for his performance in Smokey Joe’s Cafe!  “Be the change you wish to see in the World.”

Don and Laurie have been in a love affair since the day they met…...17 years ago Don was touring the country and starring as Sam Carmichael in Mamma Mia, Laurie joined the tour and their love affair began! Don hails from Victoria, BC and has performed in such Broadway shows as: End Of The Rainbow (The Judy Garland Story), as well as Once, and the national tour of An American In Paris with Laurie.

Laurie is originally from Southern California. She continued to play “Donna” in Mamma Mia Broadway and the Off-Broadway '60s hit Trip Of Love. They have both performed in over 20 regional productions around the country. They love sharing music and they love making music together.

Paul Loesel is an Assistant Conductor and keyboardist with the Broadway company of Wicked. His songs, along with lyricist Scott Burkell, have been performed at such venues as Carnegie Hall, The Kennedy Center, Lincoln Center, and Birdland. They have received a Jonathan Larson Foundation Grant and the Burton Lane Award for their musicals THE EXTRAORDINARY ORDINARY and LMNOP, which is now available for licensing through Samuel French. Recordings of their work appear on Marin Mazzie and Jason Danieley’s OPPOSITE YOU, Stephanie J. Block’s THIS PLACE I KNOW, Rebecca Luker’s GREENWICH TIME, and their own album, SORTA LOVE SONGS.

Chuck Ragsdale was a proud member of the Broadway 1st National touring company of the Tony-Award winning A Gentleman‘s Guide to Love and Murder. Off-Broadway credits include the infamous Silence! (Silence of the Lambs, The Musical), Hazel Flagg, and How to Save the World and Find True Love in 90 Minutes. He has appeared in regional principal work at the The Fulton, Walnut Street, The Maltz Jupiter, Theatre Under the Stars, Kansas City Starlight, and several seasons at Maine State Music Theatre. As an educator, Chuck is currently on the acting faculty of CAP 21/ Molloy College in NYC. He is proudly married to the hottie behind the keyboard.

Angela has served as a Conductor and Pianist for Disney’s The Lion King LKNY-Broadway, Music Director for Hiroshima, a Kennedy Center Award-winning play with music composed by Yoko Ono and  oversight by Sean Lennon. Angela was Assistant Conductor touring Europe with Ivan Jacob’s Phantom Of The Opera-starring the  legendary Baritone, Chester Ludgin. Angela was Co-Founder and  Music Director of American Light Opera Repertoire-ALOR and has  been Conductor, Assistant Conductor and Keyboardist for dozens of  shows at Westchester Broadway Theatre. Included are: Musical  Director for Beauty and The Beast and Assistant Musical Director  for Jekyll and Hyde, directed by Robert Cuccioli. Angela continues  work as a pit musician and enjoys writing her own music, as well. Favorites: Music Director, CATS, The Aladdin-Las Vegas,  Associate Music Director for CATS National Tour, Associate  Conductor for Peter Pan with Cathy Rigby, Keyboard I for The  Big Apple Circus at Lincoln Center/touring, Associate Conductor of  the Cheetah and Gazelle companies for Disney's The Lion King and  Conductor and Pianist for-LKNY-Broadway.

The Heartstrings Project began in 2015 as the creative undertaking of the Wygodny Brothers, Luke & Elias. They wanted to create a safe space in New York City for their community of artist friends to connect and explore the ever important question of: "What tunes your heartstrings?"  The project was originally structured around Elias’ desire to share the benefits of his meditation and yoga practice and Luke’s desire to spread songwriting as a vehicle for creative exploration in a communal setting. ​Around 2017, Marina joined the team and the project has been making moves and music ever since. They've toured their music internationally and are continuing to find ways to enrich the global community through music, meditation, and educational works. ​With 'heart tuning' in mind, the team is releasing their debut album Shadow People in 2020.